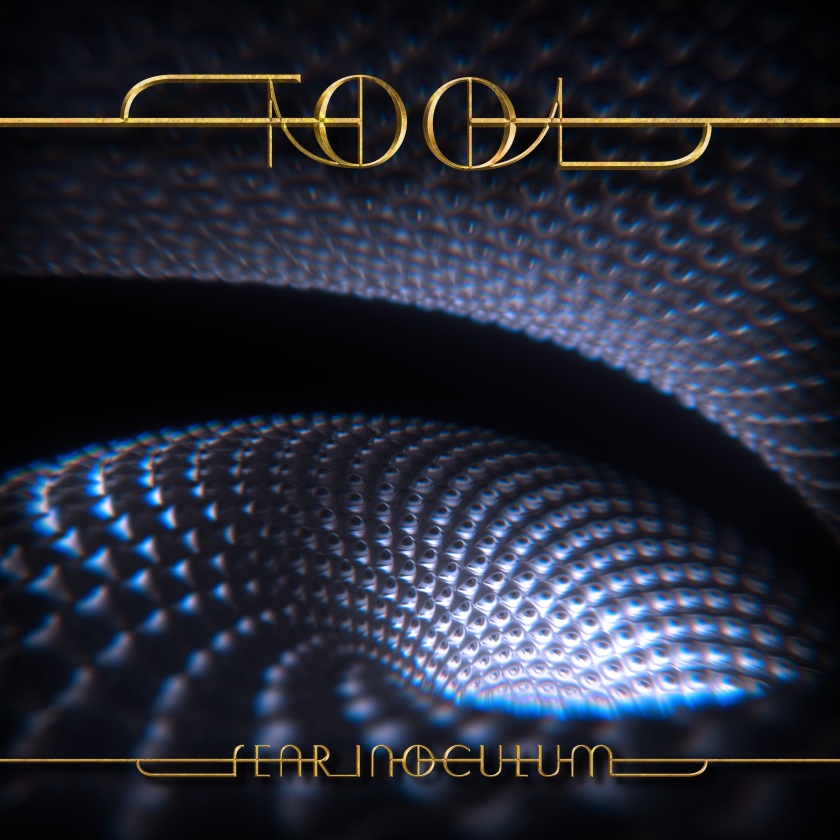 So far, all I’ve pretty much done is write about albums I like. And, well, that is fine to me. This isn’t a blog for reviews. I’ll leave that to others. Again, these are my reactions to music. And sometimes, that reaction is apathy.

So, with a heavy heart, I state that, in my opinion, Fear Inoculum by Tool is just fine.

And I’m neither surprised nor really disappointed. I mean, I thought that their previous album, released 13 FREAKING YEARS AGO, 10,000 Days was just fine as well. There were a few good tracks, and some filler crap, and a handful of songs that just bored me before they ever wrapped up.

Look, I won’t claim to be the most die-hard Tool fan ever. I like their previous music, and even would say that I think Lateralus is a brilliant album. But I don’t love it either. There are excellent tracks on it, but overall, it leaves me feeling a bit cold. Still, they are Tool, and I can’t deny the impact they have had on modern rock/metal.

Of course, that meant that their first album in over a decade was sure to create a bit of a stir.

Then the title track, “Fear Inoculum” dropped. I preordered the album, because this was Tool after all. And I listened to that song. Then I listened again. Then one more time. Then I decided to spend my time listening to songs that were actually interesting. But I was still open to giving the rest of the album a fair shot. And so it was released.

And, much to my surprise, what I found was an album where the proper songs (forget the stupid “interludes”) followed a formula. Yes, formulaic songs from Tool. Long songs (around 10 minutes), with a mellow, slow, quiet intro. This slowly builds, adding more instruments, eventually the song reaches some type of crescendo. Maybe it backs off and builds again, or maybe the crescendo comes at the very end. Either way, about halfway through the album and I was bored.

Here’s the thing. I dig progressive music, so nothing Tool is doing on the album wowed me in that regard. I have more than enough patience for long songs, if they do something interesting (Mirror Reaper anyone?), so it wasn’t that the songs were longer than your average tune. They just felt boring. Yes, we have crescendos and denouements, but I just kept waiting for the songs to reach a bit higher of a crescendo, so was left wanting more. And even formulaic music can be well appreciated. Take Cult of Luna. They have a certain formula, and it works. But they still mix it up enough that the songs feel different and fresh. Instead, the formula on Fear Inoculum makes each song sound almost generic.

They playing is fine. These guys are excellent musicians. But the album just never hits with the impact I was hoping for. It isn’t bad. None of the songs (again, ignoring the stupid interludes) are atrocious. They just all start to blend together as far as I am concerned, and nothing has made me want to come back to Fear Inoculum in the months since it has been released. They feel cold and clinical, surprising since older Tool had so damn much emotion, even if that emotion was often anger.

Others will disagree, and adamantly so. Tool has a somewhat rabid and, at times, myopic fan base who think that everything Tool does is the best and most original (despite the fact that many bands do and have done the same sort of thing and in many cases do it better). And that is fine. I won’t take issue with anyone who loves Fear Inoculum as, again, it isn’t a bad album by any stretch of the imagination.

It’s just sort of fine and a bit boring and forgettable. And if that isn’t damning with faint praise, I don’t know what is.