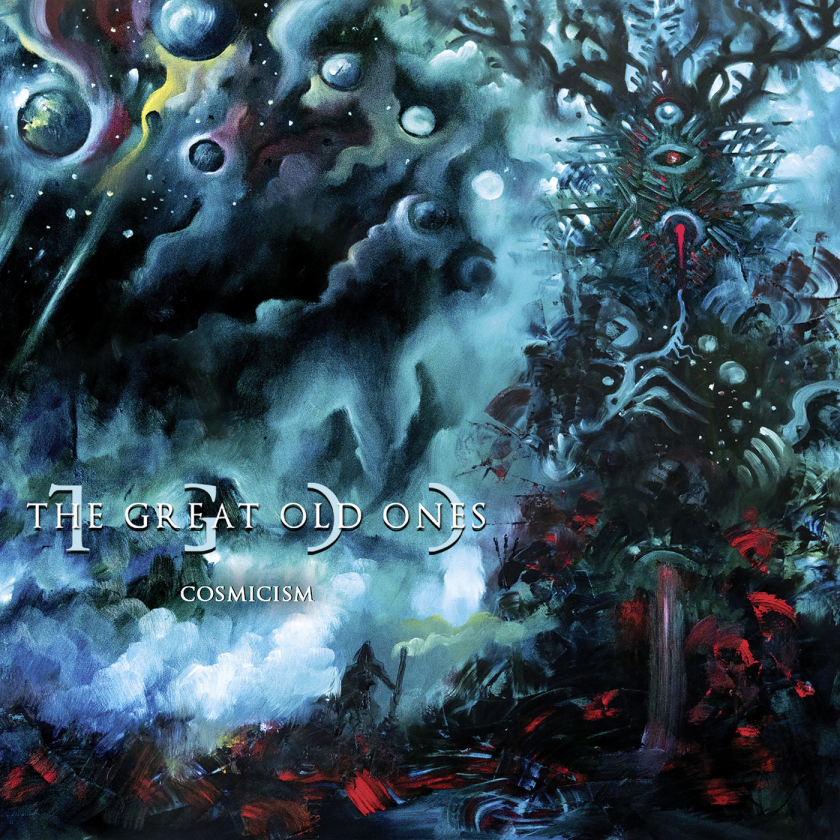 Black Friday can mean only one thing: Black metal.

Not really, of course. But in my heart, maybe, just a little. After all, black metal has (had, maybe, as it has grown so far beyond it’s initial roots) some mighty rebellious roots as far as establishments go.

And, well, after years of engaging in the Black Friday brouhaha, I have really shied away from it these last few years. So, there it is, my act of rebellion against the capitalist establishment. Haha, so rebellious, right?

But really, I’ve been meaning to write about this album all freaking November long, the months is 2 days from being gone, and I still haven’t managed to get around to it.

Honestly, I don’t know why either. I really have become a huge fan of The Great Old Ones. I dig their quasi post-black metal take on Lovecraftian mythos. I really do. In a similar fashion as Sulphur Aeon does with their death metal, TGOO weave Lovecraft’s stories and ideas throughout their music, making it an essential part of the album. This isn’t some one off idea like Metallica and their classic instrumental “The Call of Ktulu” (intentional misspelling according to the band).

No, such is not the case here. Rather, Cosmicism, like the albums that come before it, is entirely built upon the Cthulhu mythos, incorporating passages from Lovecraft’s works and building an entire presence around those stories and that universe. I find Lovecraft and his work interesting, and likewise continue to enjoy it here.

So why has writing about this album eluded me so? Perhaps, in an eldritch sort of way, thinking about it causes it to become slippery in my mind. I can’t hold onto it, lest it drive me mad. Mayhap that is it. Or really, maybe it’s just because I’m struggling putting into words my thoughts on this album. So this will be rough.

I love Cosmicism. I really do. I preordered it the second it was announced, I like the previous albums enough. Of course, I went with the vinyl preorder, as one does. But even then, ended up jumping for the special edition CD with a little Cthulhu statue, which now sits on my desk at work. You know, as one does. I mean, doesn’t that just scream, “Trust me, I’m a doctor”? The statue nicely compliments my Neurosis flag, my Allegaeon flag, my Imperialist flag, and my Plini flag. So, actually, I guess the office decor already gives of a, shall we say, unique vibe.

But back to the album. Musically, it has the hallmarks of black metal. There are blast beats, tremolo picking, rapid strumming, harsh vocals. But there are also passages that lean more towards the death metal side of things, heavier and more aggressive than usual black metal. The production is loud, but no lo-fi to the point it is painful to listen to. You can actually tell there are multiple (3!) guitars at play here, layering nicely to add to the music. Yet there are also those moments of slower music, of quieter music, of atmosphere at play here that add to the depth of the album.

And oddly, that’s really about all I feel like I can intelligently say about the album. I’ve been listening to it since it released, and I really like it a lot. But I struggle at articulating why. I don’t have an emotional connection with this album, it is too otherworldly for that. But it is an excellent album of interesting and well played and written black metal, Which seems more than I can ask on a cold, snowy, Black Friday.